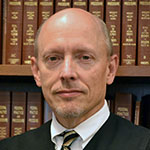 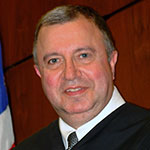 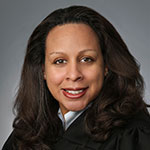 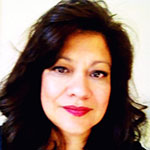 This program, aimed at summer associates / interns and newer attorneys (1st, 2nd, and 3rd year associates), presents a unique opportunity to observe oral argument in two cases before the Hon. Matthew Kennelly, U.S. District Judge, followed by commentary by Judge Kennelly and a panel discussion on professionalism and federal practice, including Hon. Samuel Der-Yeghiayan, U.S. District Judge; Hon. Andrea Wood, U.S. District Judge; and Hon. Maria Valdez, U.S. Magistrate Judge. A reception will follow, at the courthouse. There is no charge for this program.

Oral Arguments
3:30-4:30 pm
The arguments will be presided over by Judge Matthew Kennelly

Comments from Judge Kennelly regarding the oral arguments.

Judge Matthew F. Kennelly was appointed to the United States District Court for the Northern District of Illinois by President Bill Clinton in 1999. Before his appointment, Judge Kennelly worked as an attorney in private practice, representing individuals and corporations in complex civil cases and in criminal cases in trial and appellate courts.

In 1996, he was a recipient of the American Bar Association’s Pro Bono Publico award, a Public Interest Law Initiative citation for distinguished public service and the Mexican-American Legal Defense and Education Fund’s Community / Public Service award. In 1993, the Chicago Chapter of the Federal Bar Association awarded him its Walter J. Cummings Award for excellence in advocacy. Judge Kennelly has been a Fellow of the American College of Trial Lawyers since 1999, prior to his appointment to the bench.

Since his appointment to the court, Judge Kennelly has served as the Seventh Circuit’s representative on the Information Technology Committee of the Judicial Conference of the United States, and he is currently a member of the Information Technology Advisory Committee of the Administrative Office of the U.S. Courts. Judge Kennelly also serves as the vice chair of the Seventh Circuit Criminal Jury Instruction Committee and as a member of the Seventh Circuit Civil Jury Instruction Committee, and he chairs a committee of district judges and lawyers that drafted and periodically updates the local rules for patent infringement cases in the Northern District of Illinois. Judge Kennelly received his undergraduate degree from the University of Notre Dame and his law degree from Harvard Law School.

Judge Der-Yeghiayan earned his B.A. from Evangel University in Springfield, Missouri in 1975 and received his Juris Doctor Degree from Franklin Pierce Law Center (University of New Hampshire Law School) in Concord, New Hampshire in 1978. Judge Der-Yeghiayan began his legal career as an attorney for the United States Department of Justice under the United States Attorney General’s Honors Program. Judge Der-Yeghiayan served in various capacities with the Chicago District of the Immigration and Naturalization Service, with jurisdiction over the states of Illinois, Indiana, and Wisconsin, including as a Trial Attorney from 1978 to 1982, District Counsel from 1982 to 2000, and Acting District Director from 1986 to 1987.

For 20 consecutive years, from 1981 to 2000, Judge Der-Yeghiayan received numerous awards as a government attorney, including Outstanding Performance Ratings as a U.S. Justice Department Attorney from different Attorney Generals of the United States. In 1986, he received the Frank J. McGarr Award of the Federal Bar Association as the Outstanding Federal government Attorney in Chicago. In 1998, he received the District Counsel of the Year Award from the Commissioner of the INS and the Attorney General of the United States. In 2000, Judge Der-Yeghiayan was appointed as a U.S. Immigration Judge and was assigned to the Chicago Immigration Court where he served until his appointment to the federal bench in 2003.

The Honorable Andrea R. Wood has served as a federal judge on the United States District Court for the Northern District of Illinois since 2013 when she was nominated by President Barack Obama and confirmed by the U.S. Senate. At the time she was sworn in, Judge Wood was the youngest federal judge in the country. Before her appointment, Judge Wood was Senior Trial Counsel at the U.S. Securities and Exchange Commission, Division of Enforcement, in Chicago, where she began working as a senior attorney in 2004 before being promoted to senior trial counsel in 2007. Judge Wood also worked as an associate at the Chicago headquarters of Kirkland & Ellis LLP for five years. She began her legal career as a law clerk to the Honorable Diane P. Wood of the U.S. Court of Appeals for the Seventh Circuit. Judge Wood earned her B.A. from the University of Chicago and her J.D. from Yale Law School.

Maria Valdez is a federal magistrate judge in Chicago. Prior to becoming a federal magistrate judge, she was the Chicago Regional Counsel of the Mexican American Legal Defense and Educational Fund (MALDEF), concentrating her trial and appellate practice in the areas of constitutional law and the federal Voting Rights Act. She began her legal career in 1988 as a federal public defender in Los Angeles, California representing indigent criminal defendants. Judge Valdez also worked as a senior associate at the law firm of Hughes, Socol, Piers, Resnick & Dym in Chicago where she specialized in civil rights.

She received her undergraduate degree from the University of California at Los Angeles and her law degree from the University of California, Hastings College of the Law. In addition to her legal career, Judge Valdez has been active in the philanthropic community of Chicago. Judge Valdez was appointed to the federal magistrate bench in January of 2005.