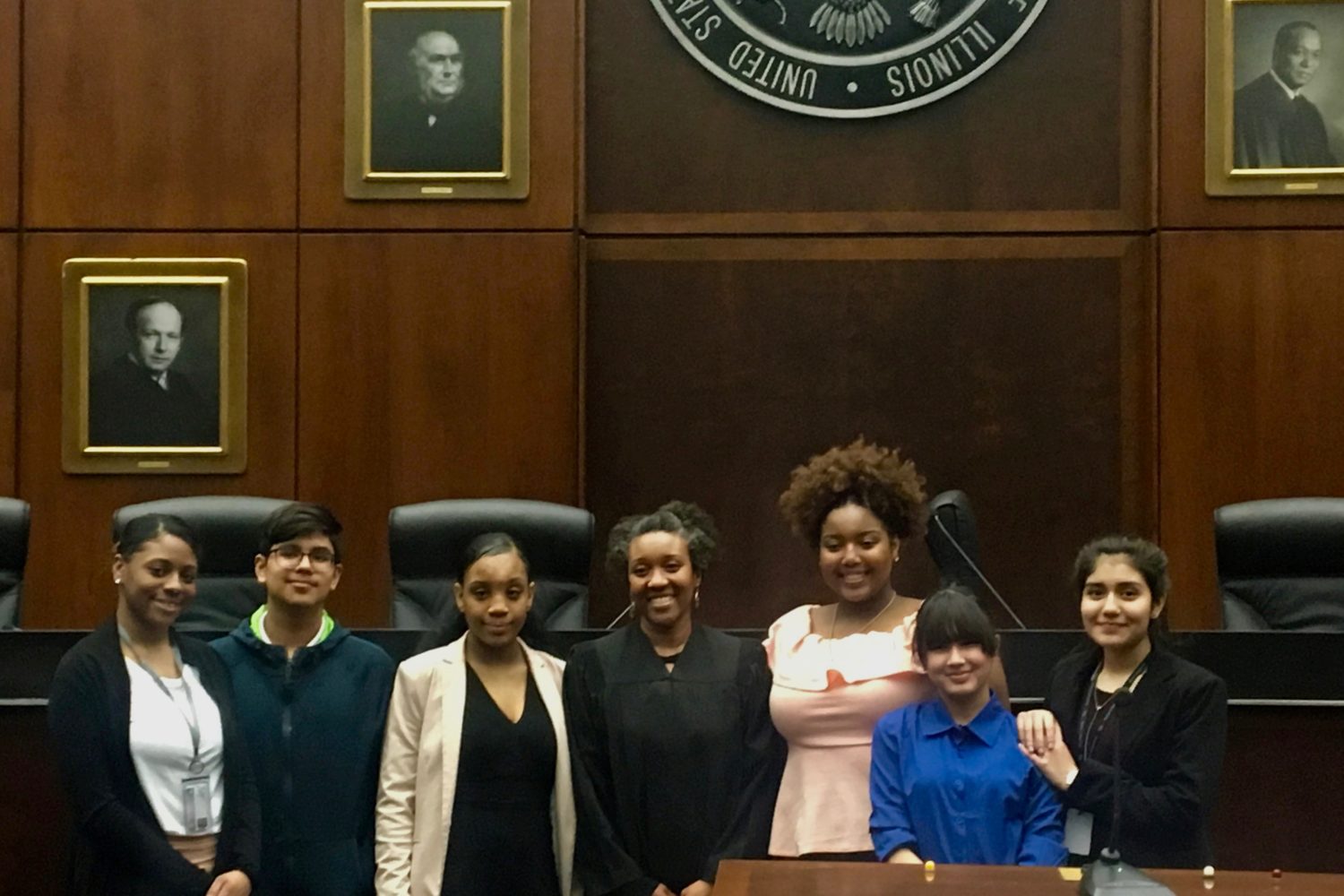 Over the course of five weeks, 14 students from Muchin College Prep learned about appellate oral arguments and the pending Supreme Court case, United States v. Carpenter, culminating in a mock oral argument before federal judges. Carpenter addresses the question of whether, under the Fourth Amendment, police may obtain a person’s historical cell site location information without a warrant. A sub-committee of the YLD prepared briefs, case law, and background materials based off of the real briefing in the case.

The high school students participating then learned about the Fourth Amendment, exceptions to the warrant requirement, and heard from criminal law practitioners over the course of several class periods. The program ended with the students performing mock arguments on behalf of the Petitioner (Carpenter), Respondent (the Government), and Amicus (technology companies) in front of two federal judges (the Honorable Mary Rowland and the Honorable LaShonda Hunt) at the Everett McKinley Dirksen United States Courthouse.

The students benefited greatly from the program, remarking that it piqued their interest in entering the legal profession. The Younger Lawyers division plans to continue the program next year. 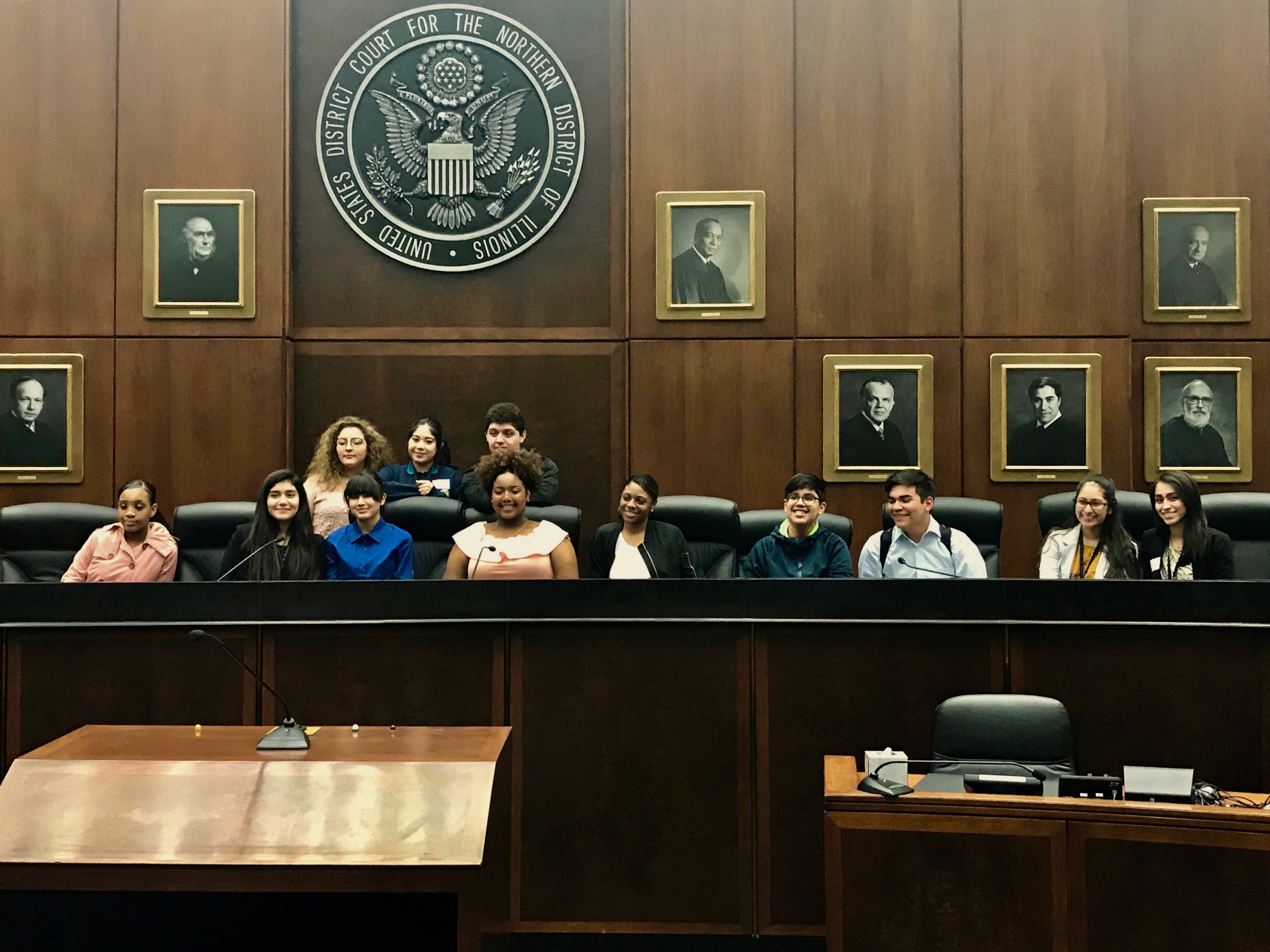