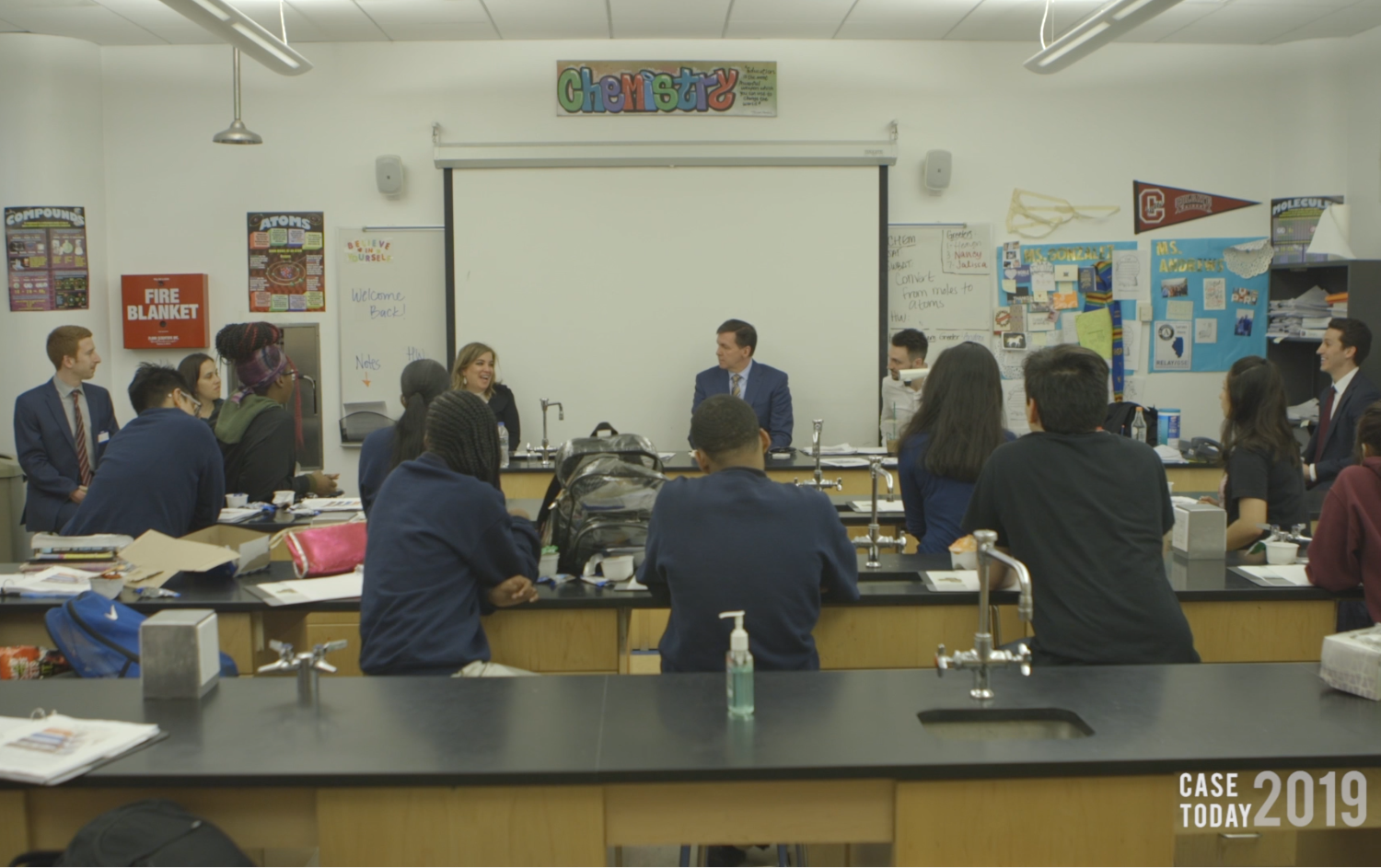 This year the Federal Bar Association Chicago Chapter’s Young Lawyer Division (“YLD”) hosted its second annual “Case Today” Program. For the past two years, the Chicago YLD has put on the Program thanks to the national Federal Bar Association’s Ilene and Michael Shaw Younger Lawyer Public Service Grant. The Program is a joint venture between the YLD and a local Chicago high school, Muchin College Prep. The Program’s leaders coordinate a focused group of students in weekly class sessions with FBA members and volunteers helping the students prepare for a live moot court competition before two federal judges in The Dirksen United States Courthouse. This year, the case the students were assigned to study, analyze, and ultimately argue was The American Legion v. The American Humanist Association, No. 17-1717, 588 U.S. _ (June 20, 2019).

This year, the YLD was honored to have local practitioner Jim Sotos, Assistant United States Attorney Sheri Mecklenburg, and United States Magistrate Judge Jeffrey Cole volunteer their time to speak with the students. At the culmination of the program, the students broke into their designated groups and argued their cases before Judge Cole and United States District Court Judge David Weisman, in alternating five minutes oral argument sessions. At the conclusion of the oral arguments, both Judges held one-on-one question and answer sessions with the students, giving high praise to the students for their ability to grasp a truly complex and contentious issue.

The YLD has been impressed with the success of this program and the students’ engagement therein. The YLD plans to bring the program into its third year in 2020.

Above is a video covering this year’s program.