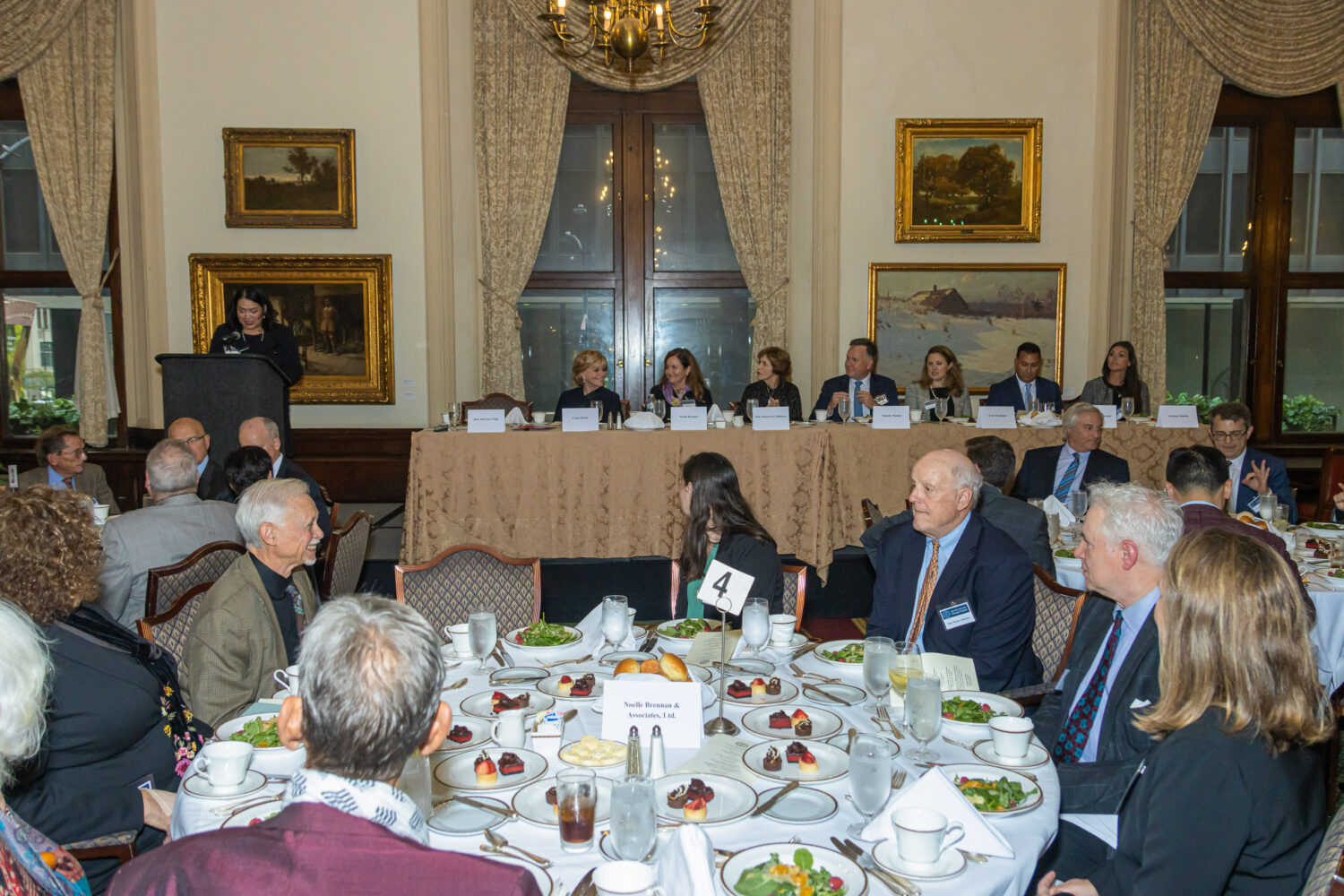 On October 12, 2022, the Chicago Chapter of the Federal Bar Association held its Annual Meeting and Installation Luncheon at the Union League Club. The in-person event was attended by approximately 200 people, including numerous judges, attorneys, and their family members.

At the lunch, the FBA presented the Frank J. McGarr Award to Daniel C. Murray, a retired Johnson & Bell partner and former Assistant U.S. Attorney, who passed away in November 2020. The Award recognizes distinguished public service and was accepted by Mr. Murray’s family.

The luncheon also featured Carol Marin as the Keynote speaker. Carol Marin is one of Chicago’s most honored and respected journalists of all time and spent 48 years as a legendary TV newscaster. She is currently the co-director of the Center for Journalism Integrity and Excellence at DePaul University.

The Chicago Chapter is thrilled to resume in-person events after a long hiatus.