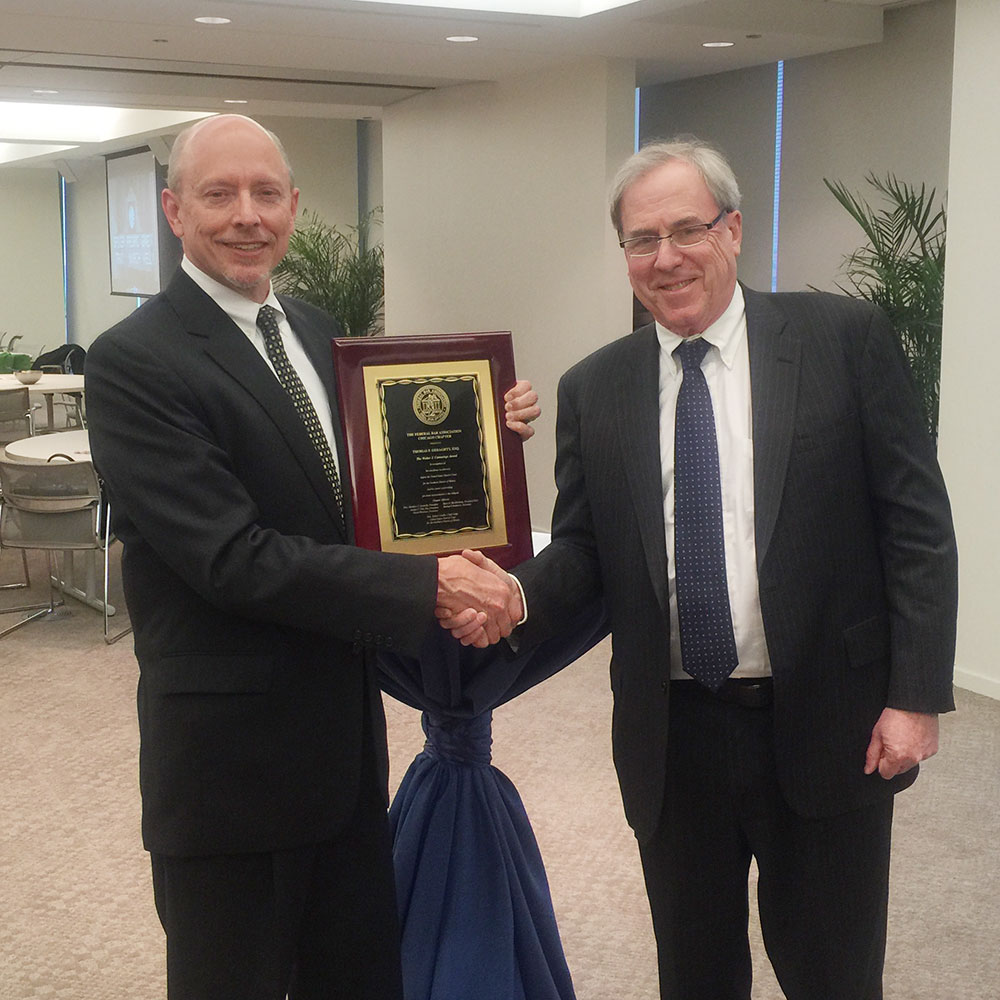 The Chicago Chapter presents this award annually to an attorney for excellence in pro bono service. This year, the recipient was nominated by the U.S. District Court for the Northern District of Illinois. The award is given in the name of longtime chapter board member and judge of the U.S. Court of Appeals for the Seventh Circuit, the late Walter J. Cummings. 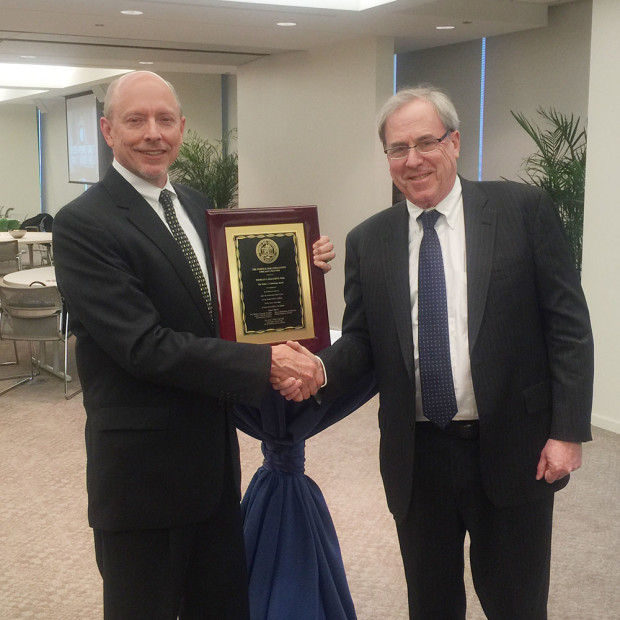 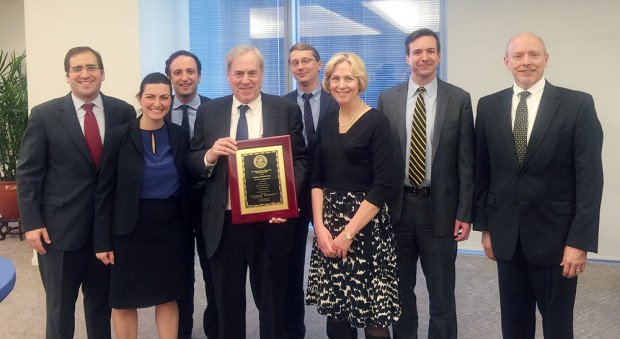 Professor Geraghty and the legal team from the Jason Strong case (the case that earned Prof. Geraghty the award).

From left to right, those in the picture are: 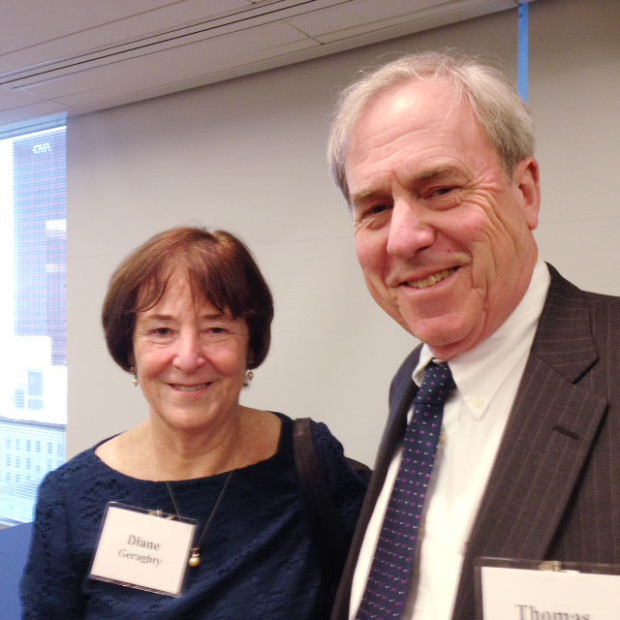 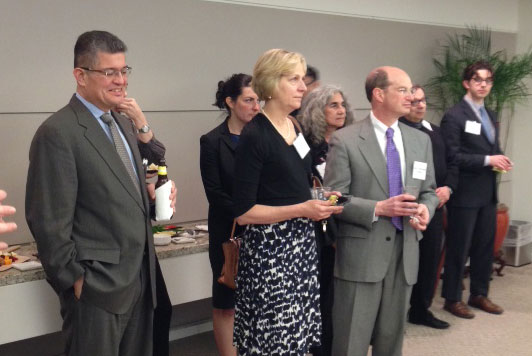 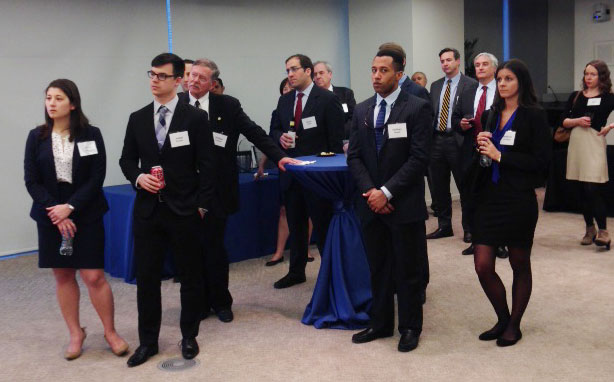