Electronic Evidence: Gather It in the Field, Get It to the Jurors

Our panelists will show you how to gather, preserve, and authenticate digital evidence from a smart phone, and get it admitted to prove your case in a trial or evidentiary hearing. You will observe simulations showing how your technical consultants should harvest digital evidence from a device, preserve it, and analyze it. That’s followed by a simulated expert witness examination that offers incendiary text messages and video footage into evidence, admits each into the record, and publishes them to the jurors.

This program also features the Northern District of Illinois’ in-court digital evidence display system and the Jury Evidence Recording System (JERS) that jurors use during deliberations, allowing you to see how each works so you can build it into your practice and maximize their use at your next trial or evidentiary hearing.

A complimentary reception with food and beverages will follow the presentation so you can meet and speak with the the panelists. 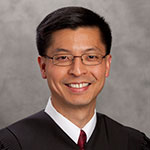 Judge Chang serves as a United States District Judge for the Northern District of Illinois sitting in Chicago. Judge Chang joined that court in early January 2011, and at the time enjoyed distinction as the youngest federal judge in the nation.

Before joining the federal judiciary, Judge Chang served as an Assistant United States Attorney in Chicago, starting in December 1999. After prosecuting a wide variety of federal offenses, including complex fraud, child exploitation, and drug trafficking crimes, he was promoted to Deputy Chief of the General Crimes Section in January 2004. In July 2005, he was selected to serve as the Chief of Appeals of the criminal division. In this role, Judge Chang supervised the United States Attorney Office’s brief-writing and oral argument in the Seventh Circuit in approximately 350 appeals, and personally handled over 30 appeals. He also provided legal and litigation advice to the entire office on any issue that might arise on appeal, including in the most complex public corruption and fraud prosecutions brought by the office.

Before his service as an AUSA, Judge Chang practiced employment and labor law at Sidley Austin. Before private practice, Judge Chang respectively served as clerk to Judge James L. Ryan of the U.S. Court of Appeals for the Sixth Circuit and then-Chief Judge Marvin E. Aspen of the Northern District of Illinois.

Mr. Wexler is a partner in the Seyfarth Shaw LLP’s Chicago office and Chair of the national Trade Secrets, Computer Fraud, and Non-Competes Practice Group. His practice focuses on trial work and counseling in the areas of trade secrets and restrictive covenants, corporate espionage, unfair competition, complex commercial disputes, intellectual property infringement, and white collar criminal defense in both federal and state courts.

A former state prosecutor, Mr. Wexler’s extensive investigatory experience and considerable jury trial practice enables him to advise clients with regard to potential disputes and represent clients through and including a determination of their rights at trial. Mr. Wexler has successfully obtained and defended temporary restraining orders and preliminary and permanent injunctions in several jurisdictions. He has represented clients in the insurance, securities, finance, banking, transportation, manufacturing, technology, pharmaceuticals, advertising, real estate, employment, medical equipment, and computer industries throughout the United States. He can assist with patent litigation and other litigation involving complex technology. Mr. Wexler is also a member of the firm’s Administrative Committee and Lawyer Development Committee.

Mr. Ratkovich serves as Executive Director of ETS Intelligence, LLC one of the leading private detective and security agencies in the Unites States. He specializes in complex and high-tech investigations using the latest in smart phone and computer forensics technology and methodologies.

In conjunction with traditional investigative methods such as intelligence gathering and surveillance. Mr. Ratkovich frequently testifies as a fact and as an expert–at deposition and trial–in the areas mentioned above. Mr. Ratkovich is also an NRA certified firearms instructor and serves as an officer with the Bensonville, Illinois Police Department.