Annual State of the Court Address 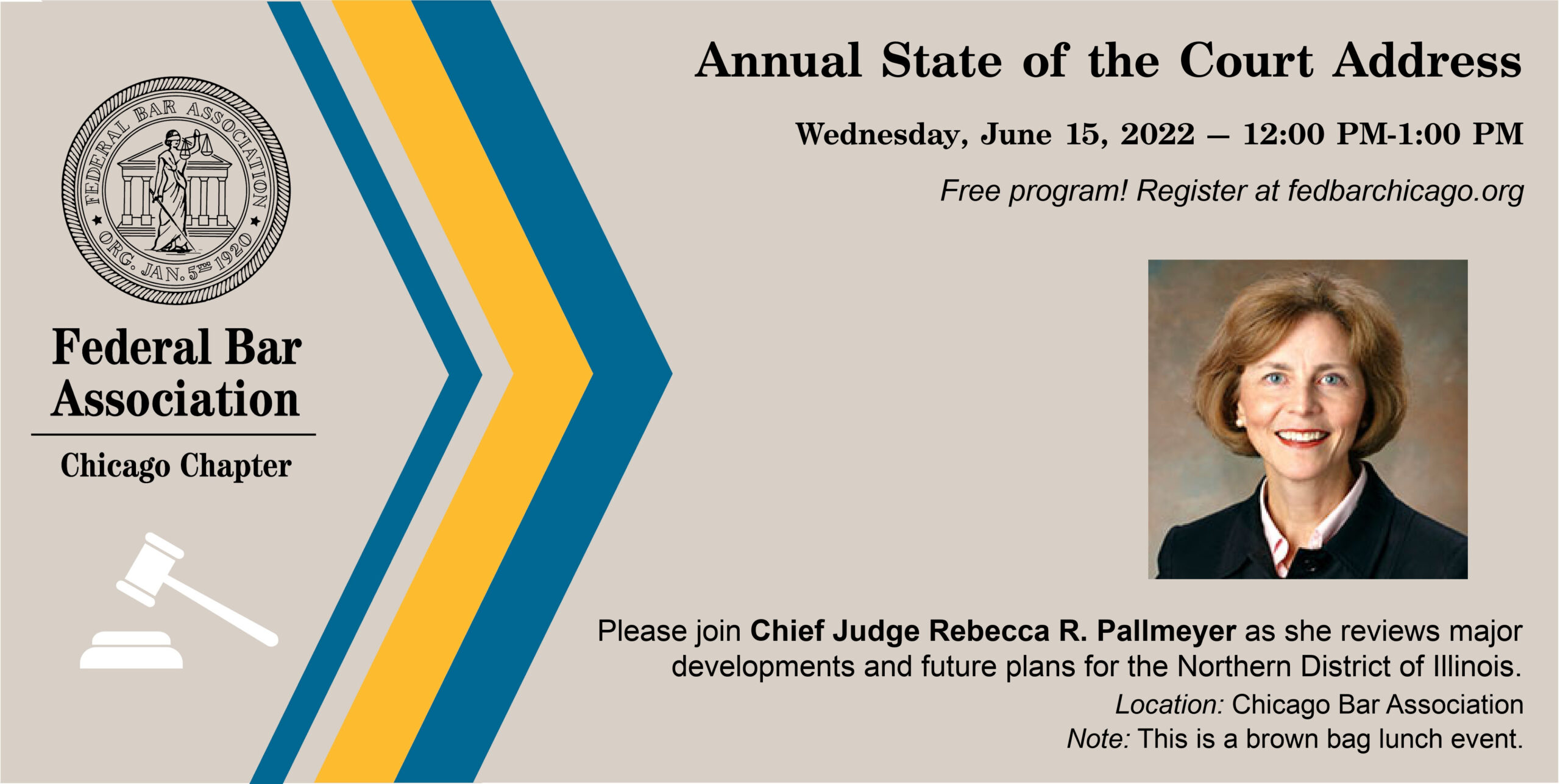 The Chicago Chapter of the Federal Bar Association will also recognize the recipient of the Frank J. McGarr Award. The award is presented to an attorney for distinguished federal government service. The award is given in the name of the late Chicago Chapter Past-President Frank J. McGarr (1921-2012), a U.S. district court judge and former first assistant U.S. attorney for the Northern District of Illinois.

To register, please click the button below or use the Eventbrite check box embedded on this page.

Please note: All attendees must be fully vaccinated against COVID-19 and provide proof of vaccination and identification at the event. Masks are required in common areas and are optional in the room. This is a brown bag lunch event and food will not be provided.

Please scroll inside the Eventbrite box below to view all available ticket and payment options.
(The tickets may take a few seconds to load.)