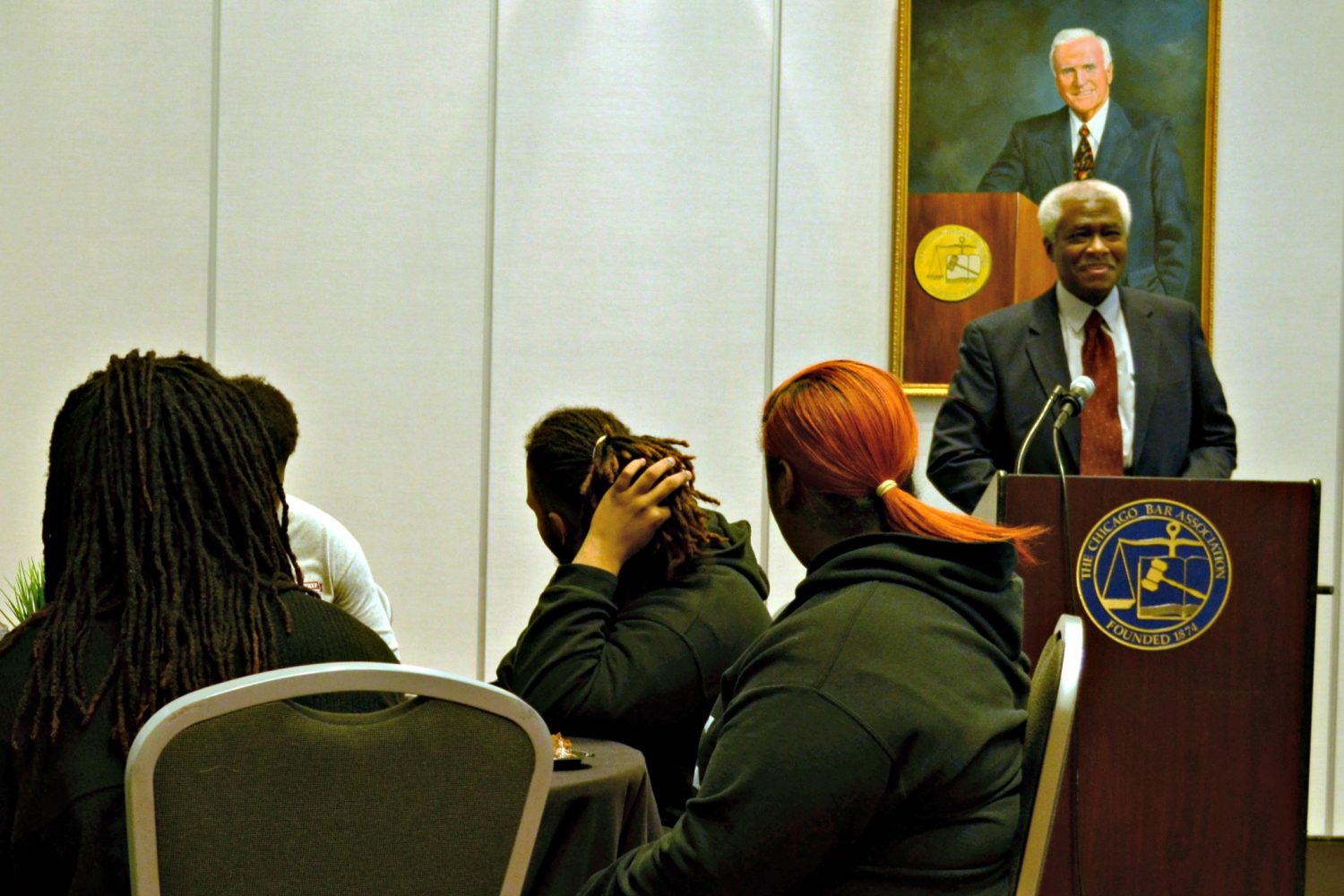 Legal Prep is a Chicago Public School, founded in 2012, that uses a law-themed curriculum to prepare students for colleges and universities. The Chicago Chapter sponsors the program to promote: (1) firsthand contact between adolescents with lawyers and judges, (2) knowledge of the law and the courts, and (3) our chapter’s long range membership and Young Lawyers Division recruitment plan. 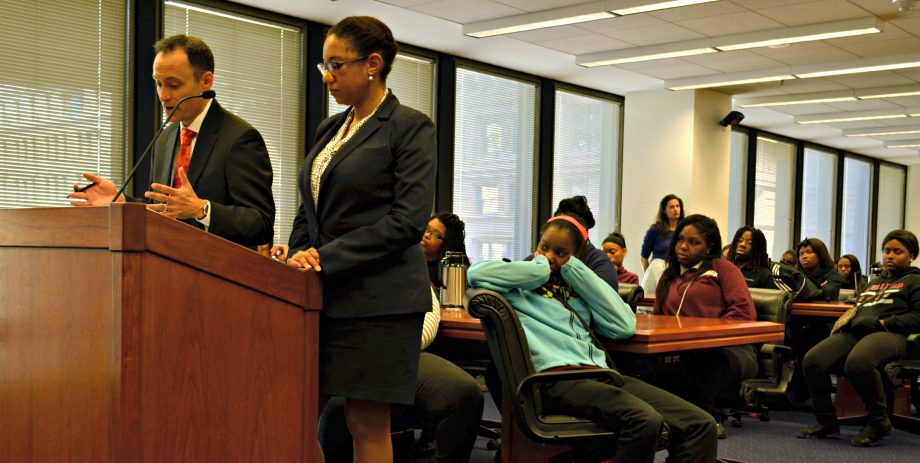 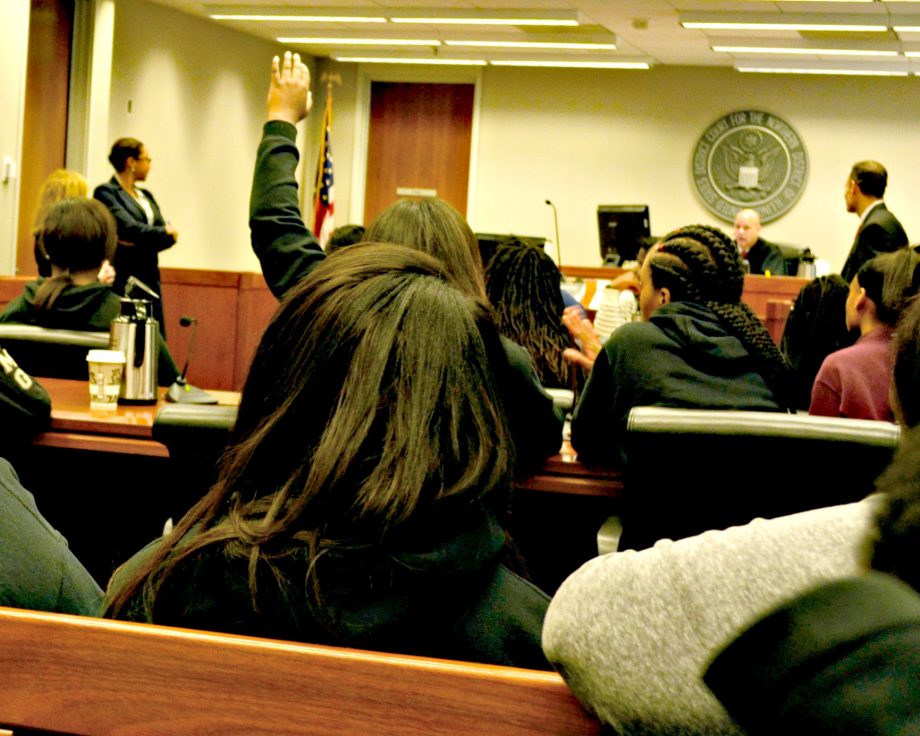 Students share their perspectives on the mock sentencing hearing 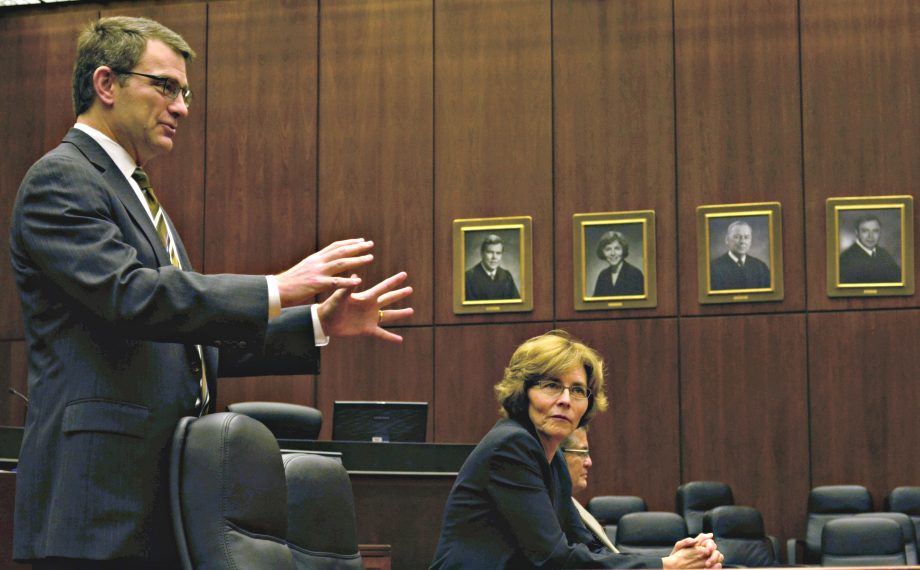 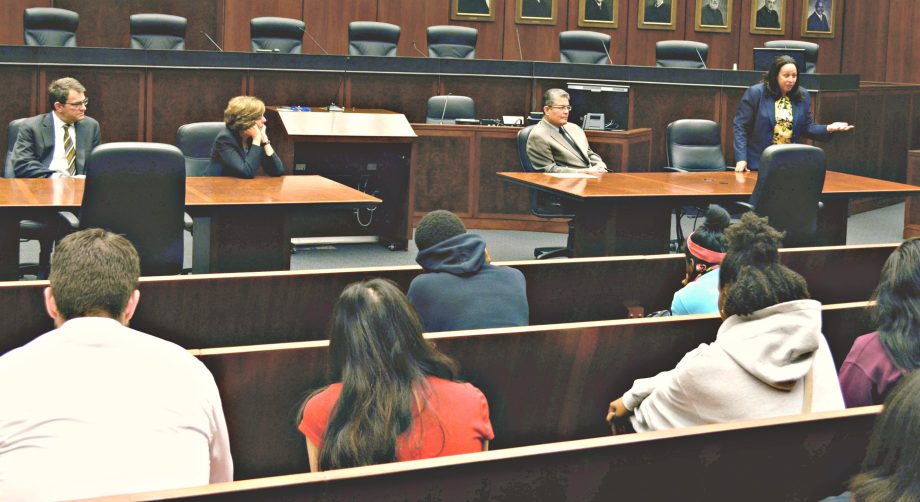 Judge Wood elaborates for students on her path to the bench as Judges Feinerman and Pallmeyer, and Chief Judge Castillo, observe 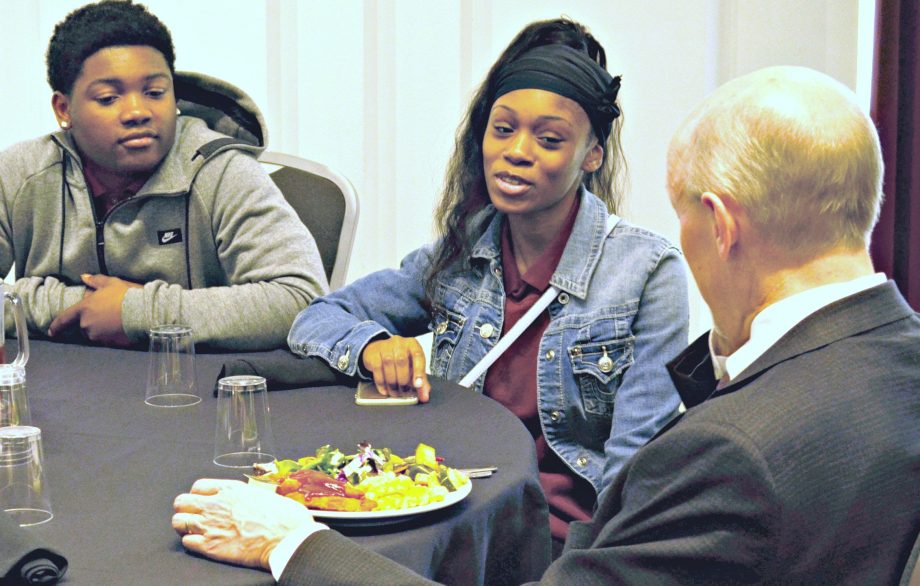 Judge Matthew Kennelly converses with students over lunch at the CBA