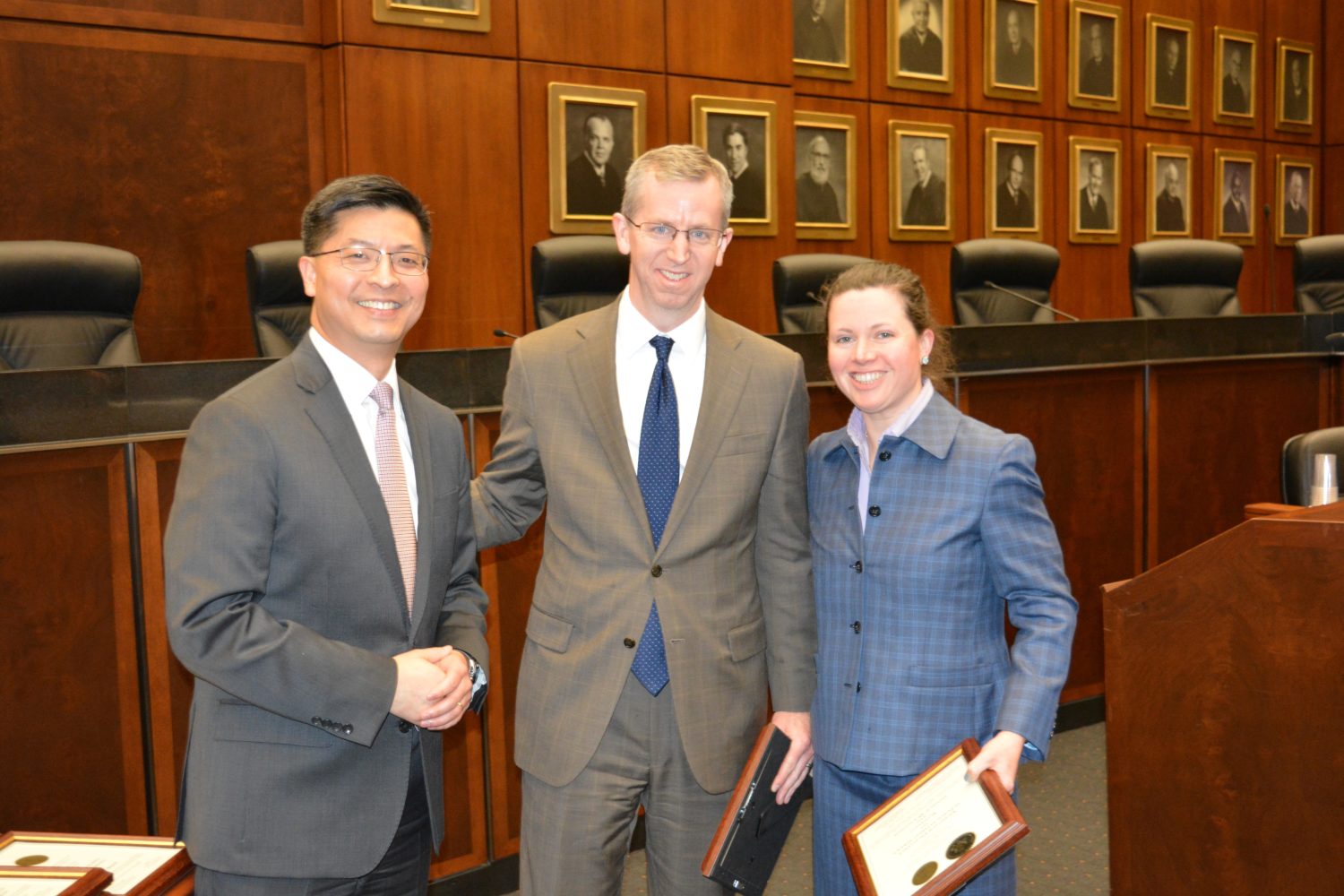 The Nineteenth Annual Awards for Excellence in Pro Bono and Public Service took place on Tuesday, May 1, 2018 at the James Benton Parsons Memorial Courtroom in the Everett McKinley Dirksen United States Courthouse. With sponsorship by the United States District Court for the Northern District of Illinois and the Chicago Chapter of the FBA, the awards honor lawyers who have demonstrated a commitment to helping people in most need of assistance in federal court and highlight the impact and importance of providing equal access to justice. 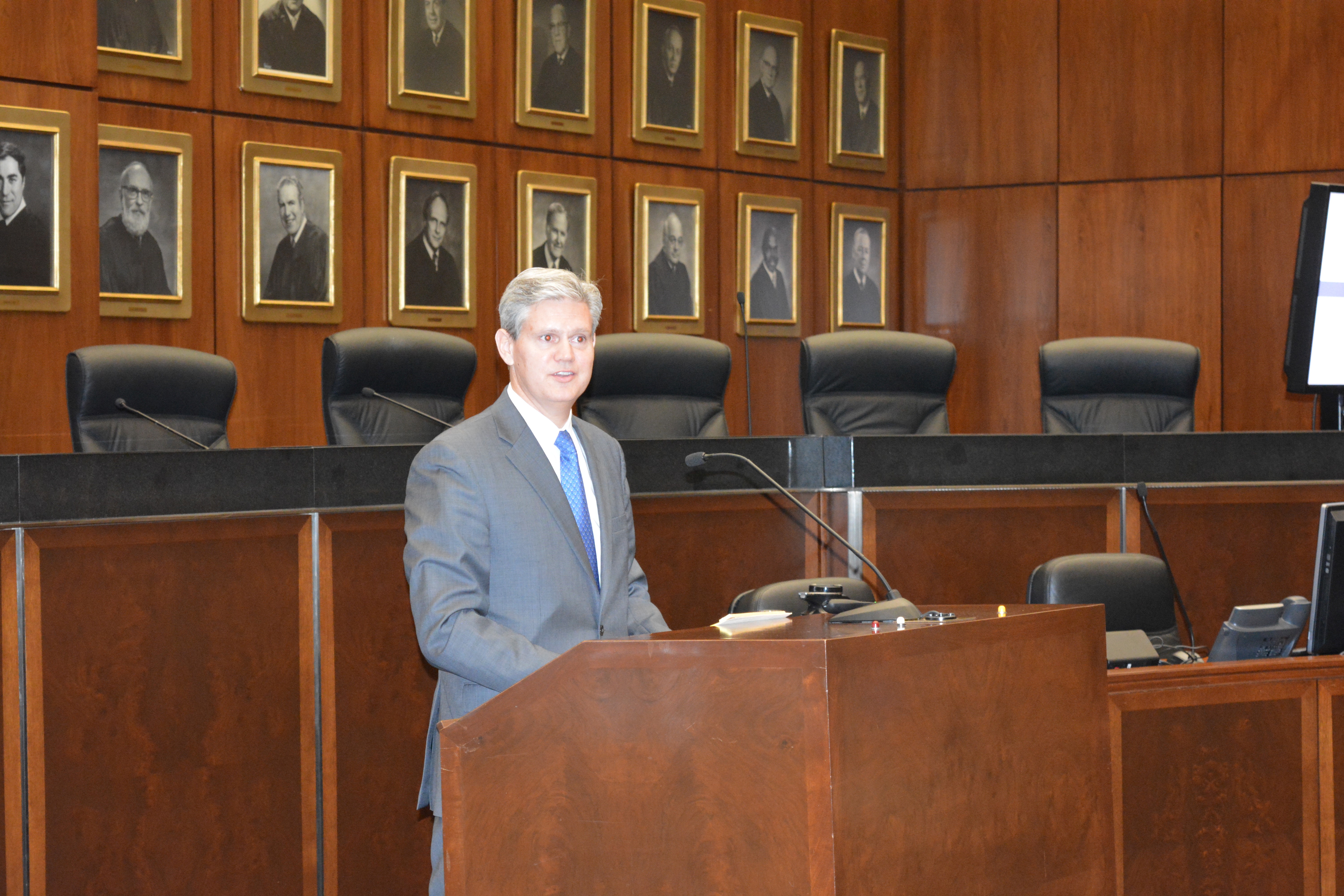 The keynote address was delivered by Kip T. Bollin, the current National President of the FBA and litigation partner at Thompson Hine LLP in Cleveland, Ohio. 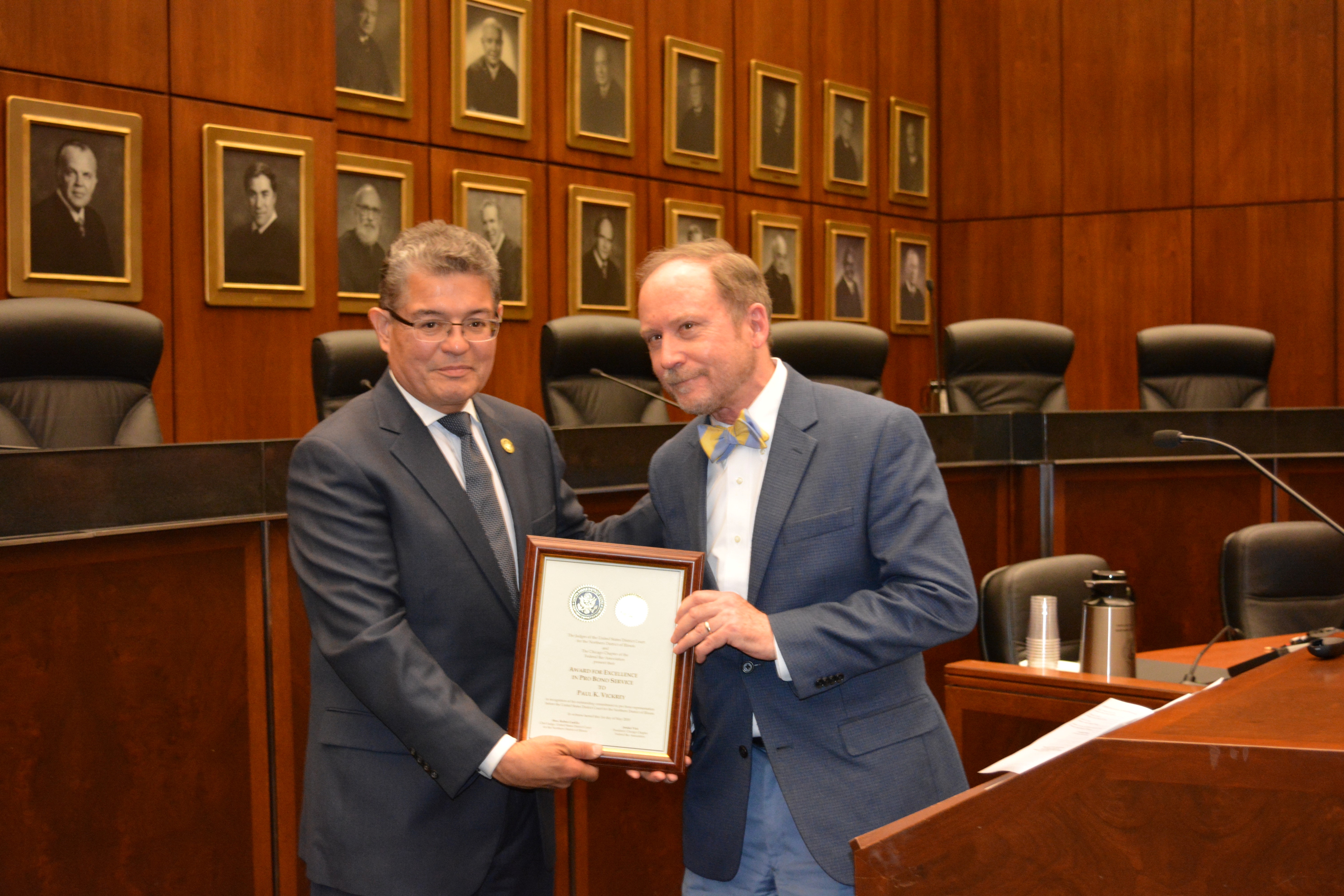 Paul K. Vickrey of Vitale, Vickrey, Niro & Gasey LLP receiving an Award for Excellence in Pro Bono Service from Chief Judge Ruben Castillo. Mr. Vickery was appointed by the Court to represent a pretrial detainee in connection with a Section 1983 lawsuit against the Cook County Jail. Mr. Vickrey later agreed to take on the pretrial detainee’s criminal case pro bono and won a complete acquittal.

Chief Judge Rubén Castillo and Jordan P. Vick, President of the Chicago Chapter of the FBA and Litigation Partner at Seyfarth Shaw LLP, delivered further remarks and introductions for the 60 lawyers who received awards for “Excellence in Public Interest Service” and “Excellence in Pro Bono Service”.

The press release listing all the honorees can be viewed here.

Video: The Equal Rights Amendment: Past, Present, and Future