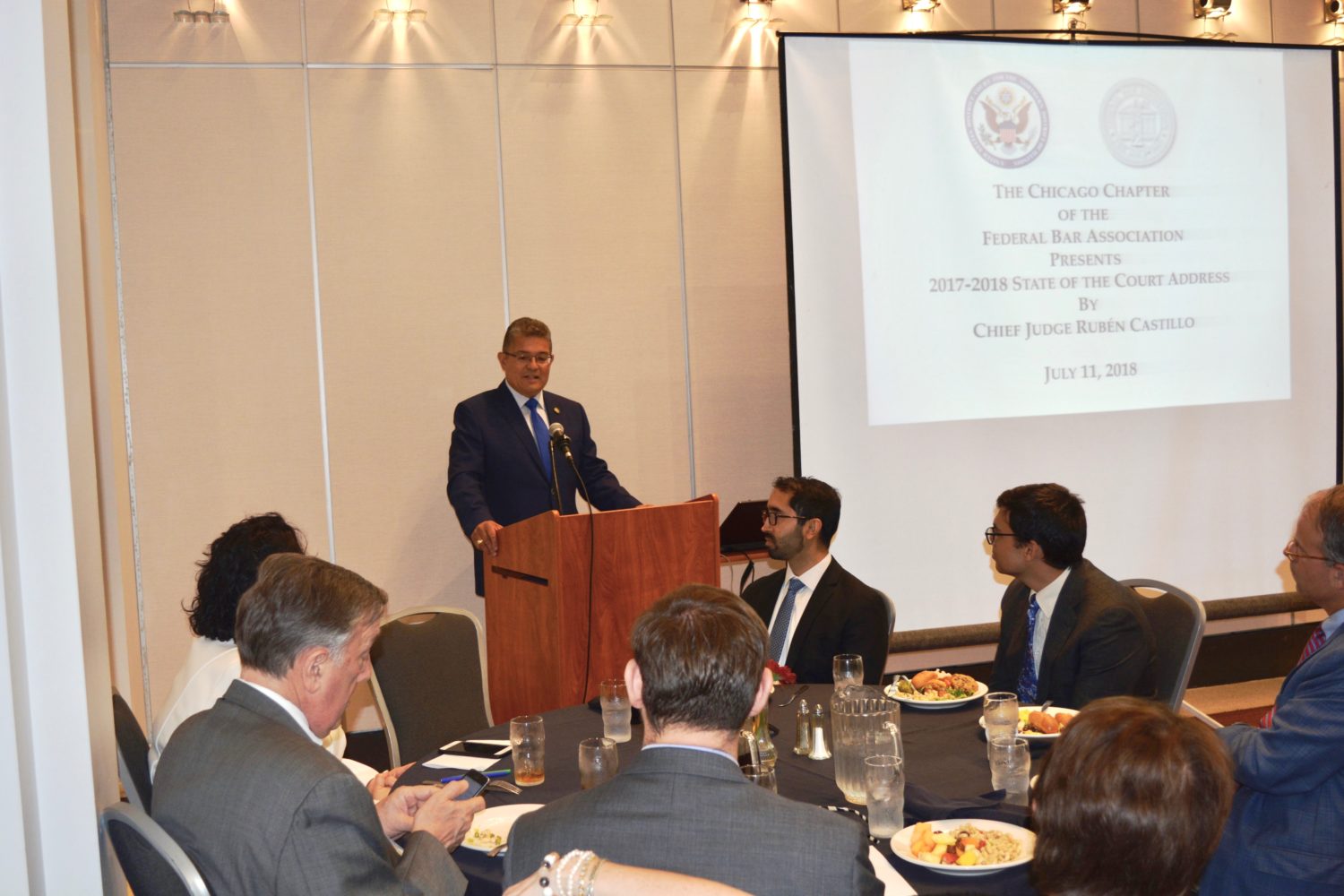 On Wednesday, July 11 Northern District of Illinois Chief Judge Rubén Castillo delivered the annual State of the Court address. With over 110 attendees, the event sold out at the Chicago Bar Association for the second year in a row. Some of Judge Castillo’s discussion points included: 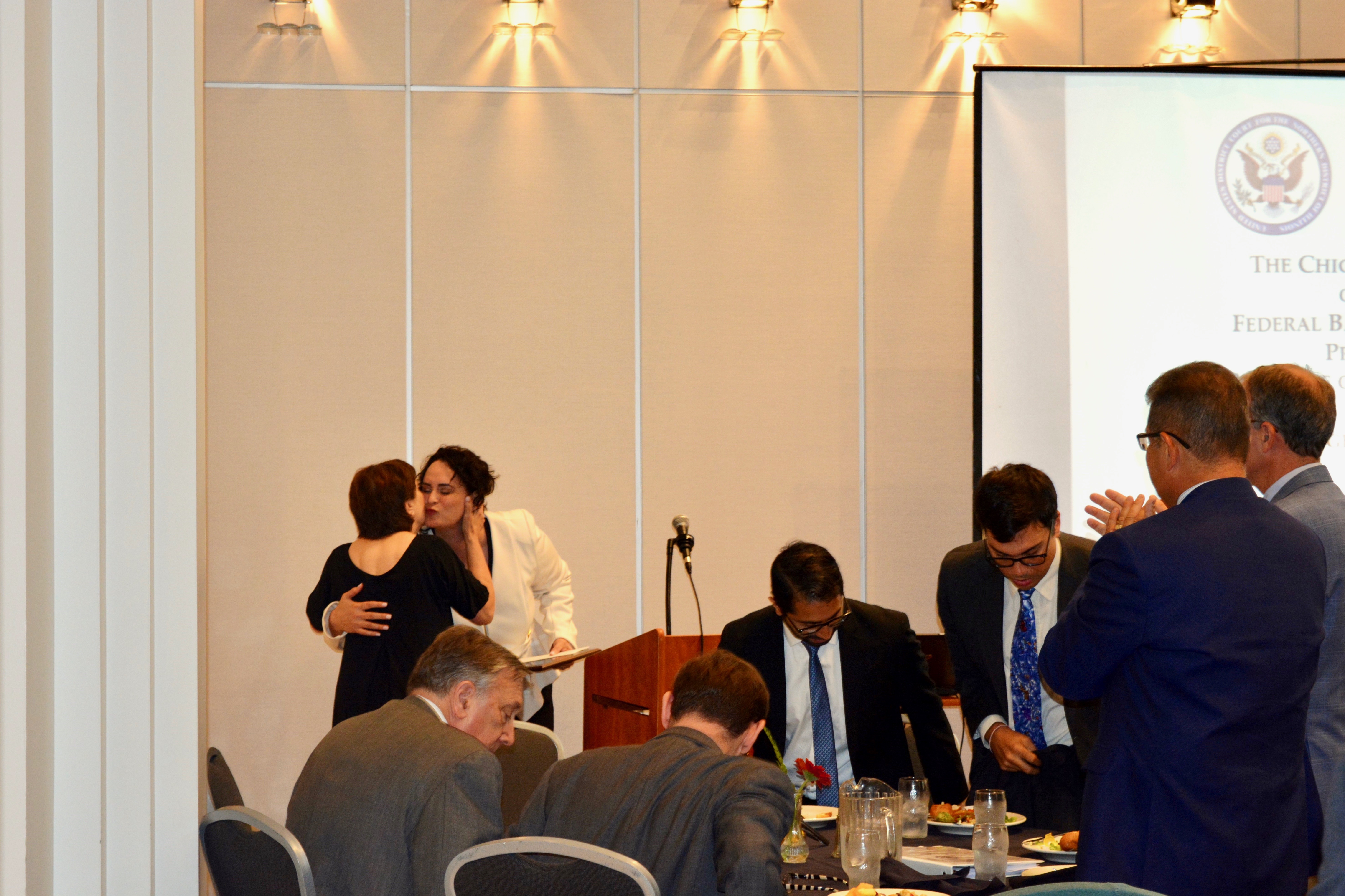 The Hon. Frank J. McGarr Award for distinguished federal government service was presented to Carol A. Brook. Ms. Brook dedicated her entire career to federal government service. She joined the Federal Defender Program for the Northern District of Illinois after law school, became its Deputy Director in 1986 and its Executive Director in 2009. Under her leadership, the Federal Defender Program became a model for national federal criminal defense. Ms. Brook also served on the Chicago Chapter’s Board of Directors for more than twenty years. 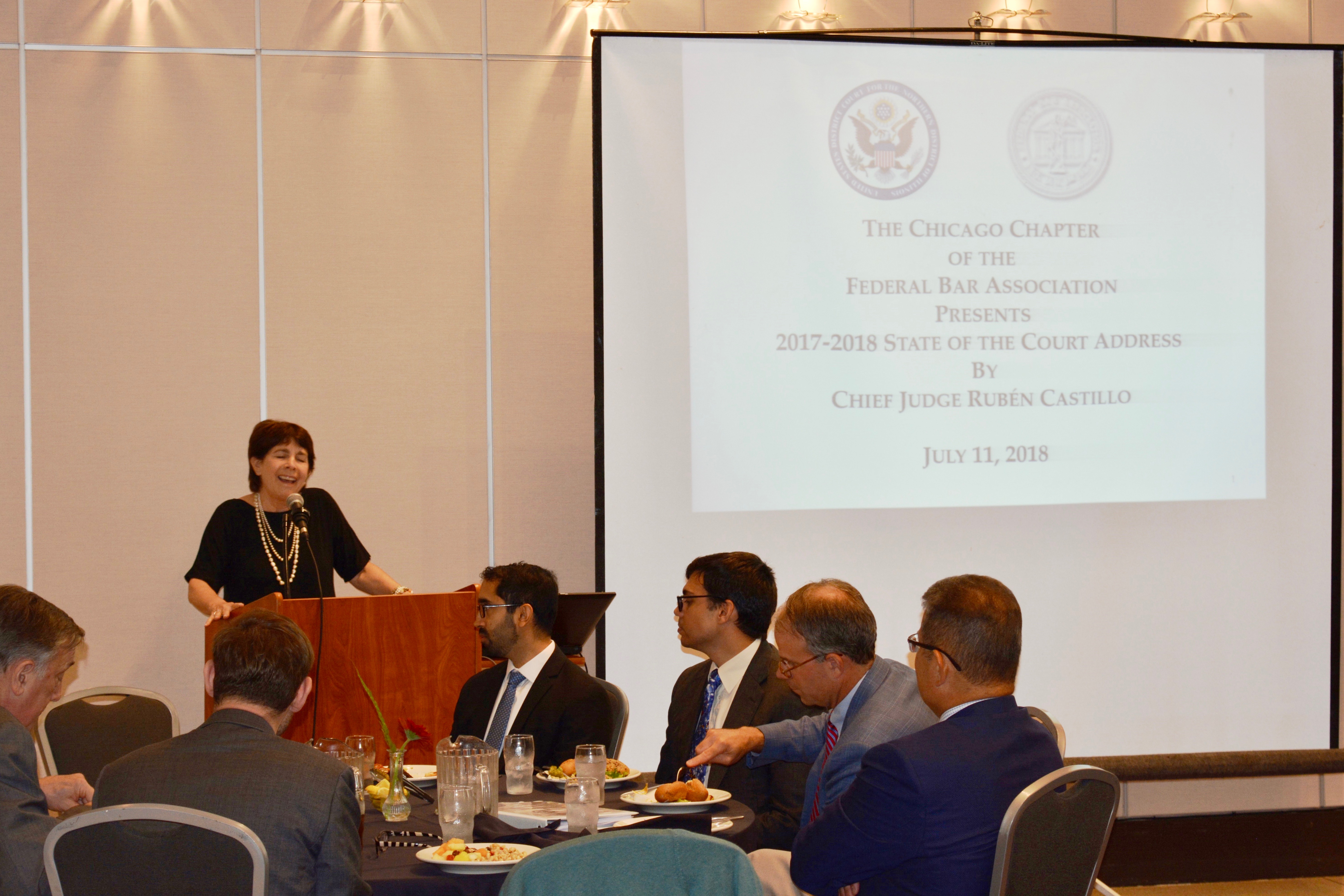 Notice of All Members: Report of Nominating Committee

Immigration 101 and What to Expect with the New Administration